Random Caddy chat.
Not the place for sale or wanted topics.
Post Reply

This is very interesting information. I was not aware it was possible to repalce parts of the injector. Would anyone be prepared to post a How To guide to show how to replace the electrical parts, I'd be happy to chip in as required?

Oh, it really couldn't be more simple; this is the beasty we know and love: 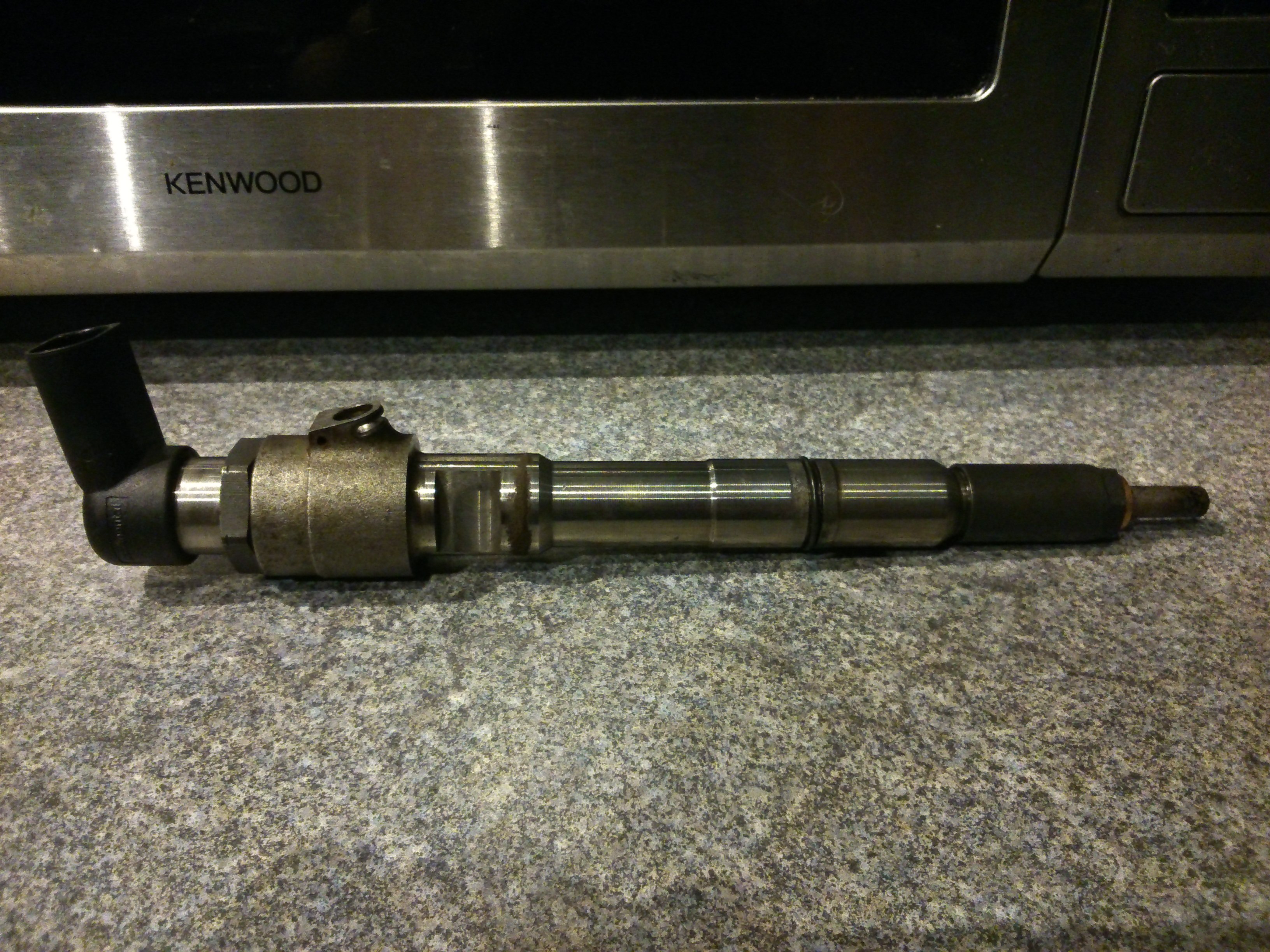 The large nut just to the right of the black plastic cap on the piezo actuator in the picture just unscrews to yield this: 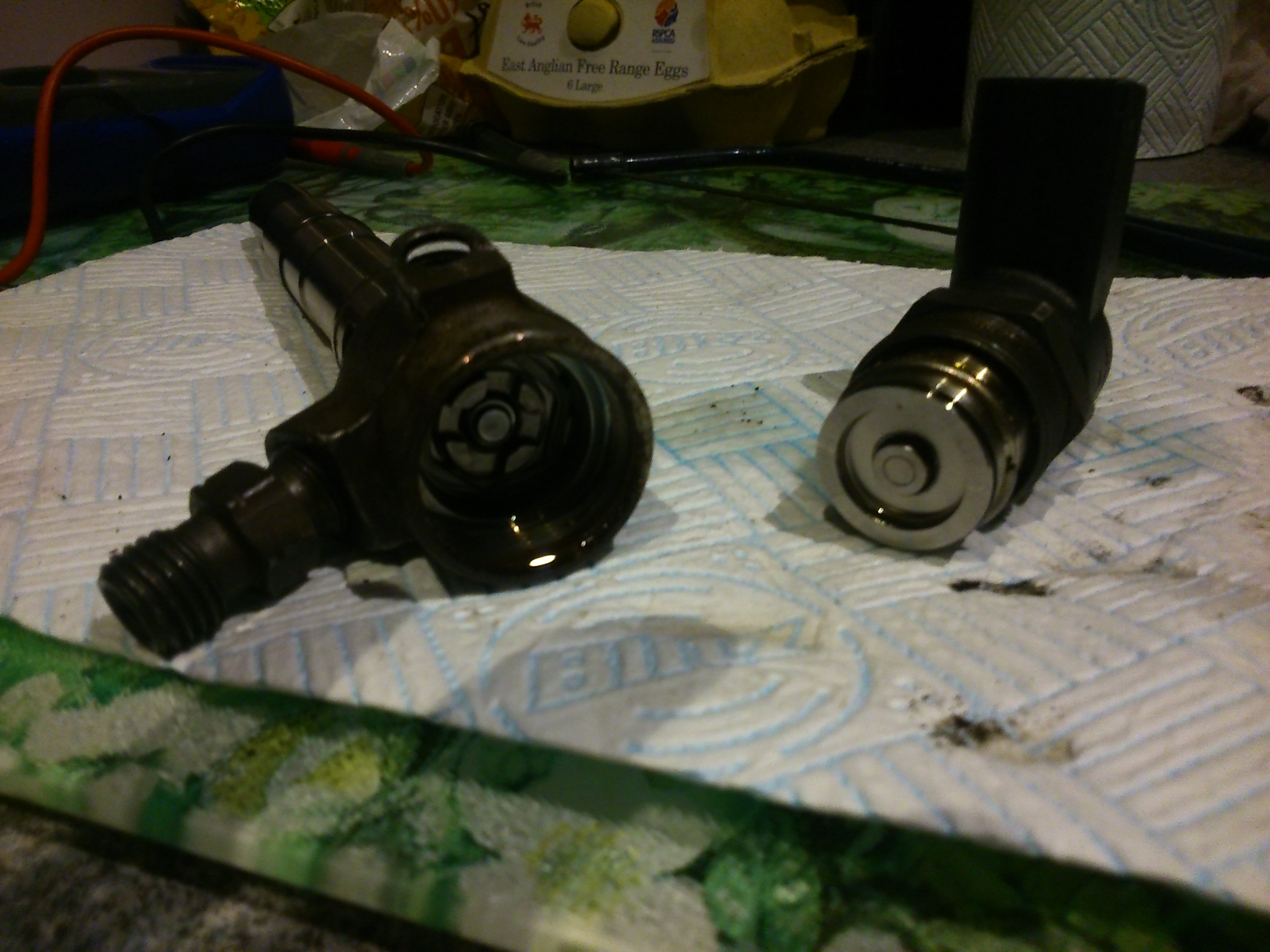 Then you'd just screw a new one on. Here's a link to the alibaba ones:

I'm not promoting this site in any way - I've never used it and it may of course be scamful. I'm thinking of buying one and fitting it to my failed injector (which is presumably otherwise fine) so I've got a cheap spare. There's the issue of coding it, but as Ricky302 said this might not be a problem. There's also a subroutine in VCDS/VAGcom to help with calibration, if using the value stamped on the injector doesn't work. Here's a link to a video on it:

The second half's the most relevant.

I'd be a little concerned about snapping the injector retaining bracket if trying to swap the actuator by the roadside without removing the injector first, they're very tight. The re-tightening torque of the new actuator on the old injector possibly plays a part in the firing delay after receiving a signal from the ECU, which would need to be accounted for.

It's almost certainly not the done thing, but I'd like to know if it's possible/safe to prevent the engine from going into full limp mode on injector failure. The offending cylinder would need to be shut down, but if the engine ran with boost pressure on three cylinders it would at least be less immediately dangerous. Just a thought.

If we could remove the safety problem and use Ricky302's method as a cheap fix, then injector failure ceases to be a problem if you're confident enough to undo one nut and swap the actuator.
Top

Ricky302 which supplier did you buy from on Aliexpress?

The possibility of changing only the piezo actuator maybe a great way forward to reduce the cost of these failures. I have a number of concerns, however, which relate to the reliability of the manufacturer's process and whether or not the programming would have to be changed due to the tolerances within the actuator build. I am not very confident to carry out any re-programming, having never undertaken this before and not having access to a VCDS. I note that the Chinese supplier of the actuators (using the link provided by BenT) does not provide any warranty and appears not to supply to my address. Other suppliers shown on Aliexpress seem to all be located in China, have long delivery times and are more expensive. I don't wish to sound so negative, I am only trying to persuade myself that this may be the way to go in the future!

I now have my Caddy back, The cost of replacement injectors (four) since November 21 has been over £3,100! I also have the two injectors that were recently replaced, one that had failed, the other changed in an attempt to prevent any near future failure. I will be examining the piezo actuator of the failed one in the near future and will post my findings. incidentally the resistance reading across the terminals of the failed injector was 1.8 ohms whereas the 'good one' had a resistance reading of 198k ohms.

The one question that keeps niggling me is why don't VW (Siemens/Continental) provide the actuators as a separate item, unless the reason is purely to generate maximum profits from us poor suckers!
Top

Here’s a thought (a daft one most likely)

As you can remove the electric actuator would it be possible to do the same with the less problematic 2.0L injectors and fit the 2.0L actuator to the 1.6L injector?

Not daft at all! In fact, the 2.0 injectors are so cheap (relatively) it would be much easier just to sway the whole injectors across. The biggest problem I can see (other than possibly a new leak-off arrangement) is that these injectors might require a different trigger waveform and might operate at a different voltage to the VDO injectors. I really don't know. As EngineerBob's said, I don't know how much more reliable the Bosch Piezo injectors are. But, they are much cheaper to buy second hand, which might point to them being in less demand...
Top
Post Reply